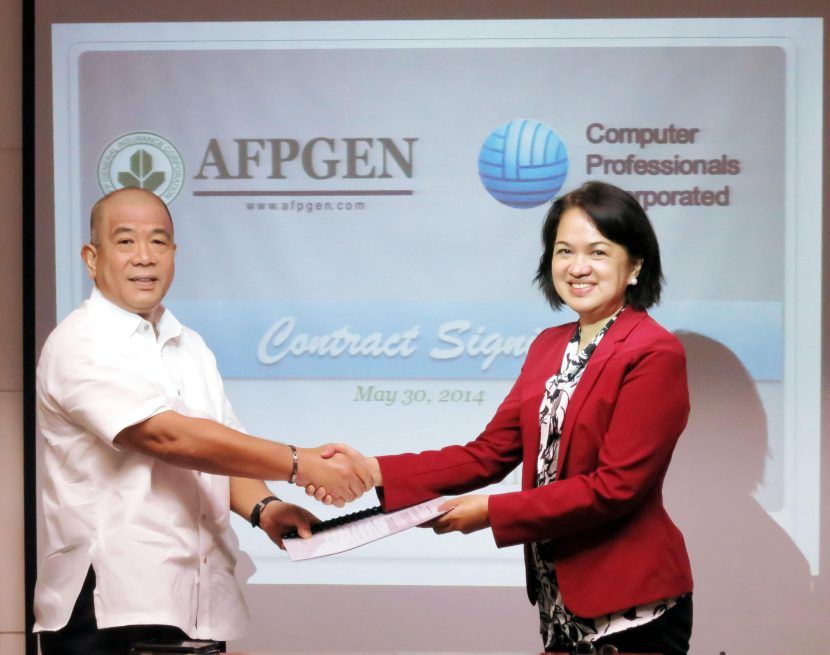 Following the contract signing last May 30, 2014, the kick-off meeting marks the start of the implementation project. The event was attended by AFPGEN’s top management and employees from all departments, including branch heads.

AFPGEN SVP for Finance and Admin and IT Committee Chairman, MGEN Ruperto R. Pabustan AFP (Ret), encouraged the employees to actively participate in the project and use GENiiSYS to drive more efficient business process in order to provide better services to their customers.

AFPGEN President and CEO, BGEN Alejandro T. Camagay Jr. AFP (Ret), concluded the meeting with a challenge to the employees to change for the better. He also expressed that the new system will bring new opportunities for each employees and for the company to grow and eventually be among the top players of the insurance industry in the coming years. 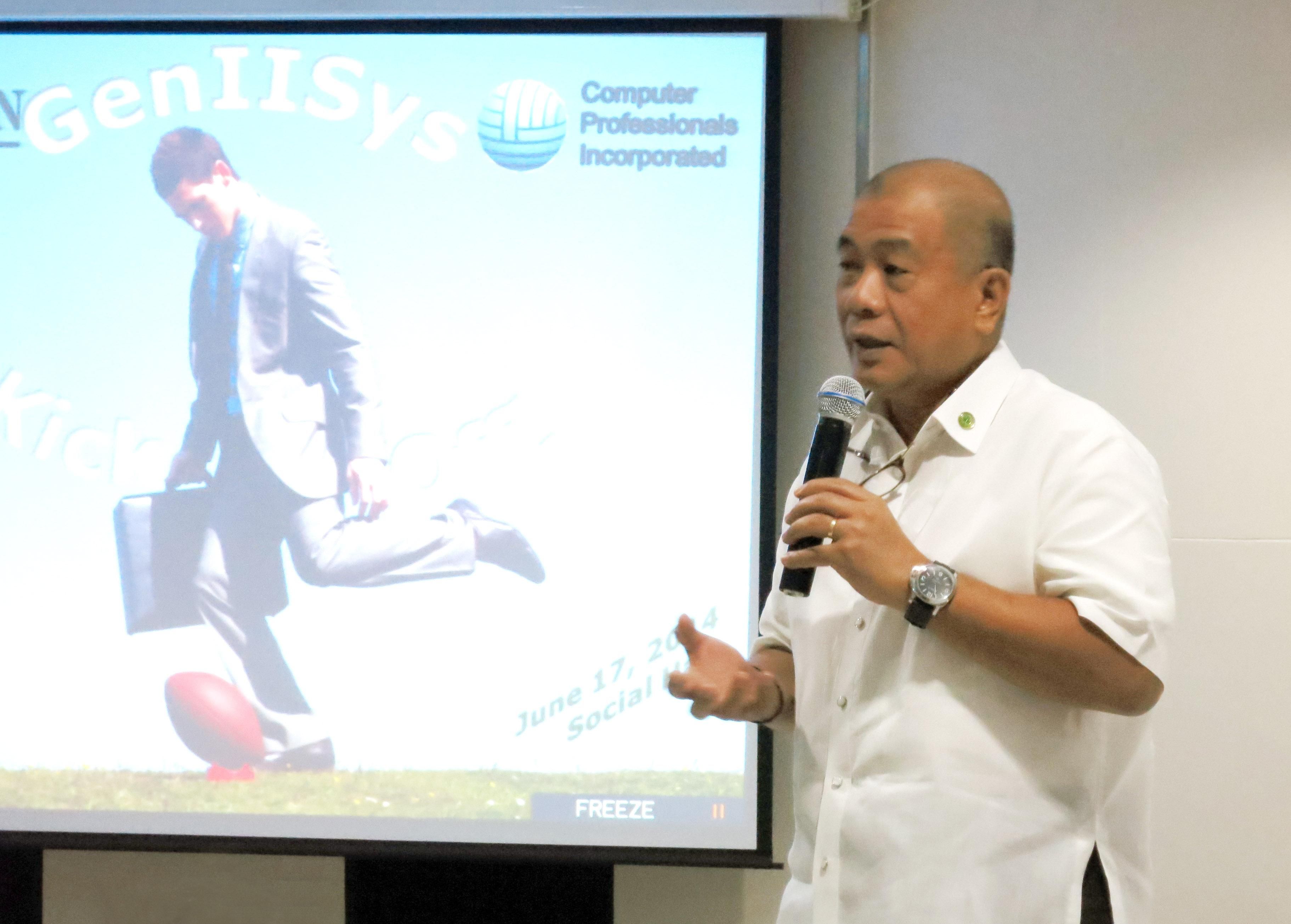 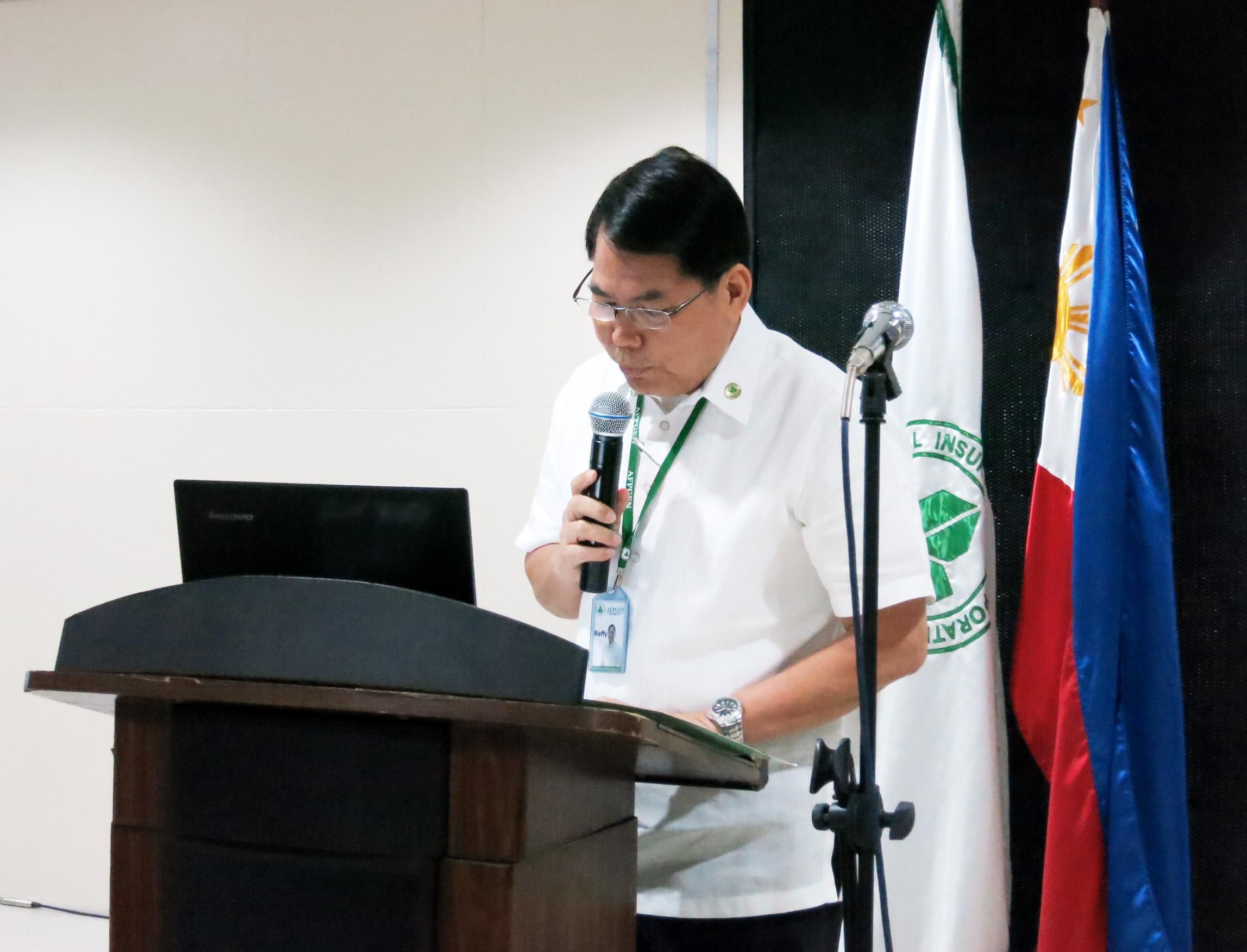 GENiiSYS will support AFPGEN’s business functions from marketing, underwriting, reinsurance, claims, and accounting. Being an integrated web-based insurance solution, it will enable AFPGEN to efficiently streamline its business operations not only in its head office but also in its other branches in Fort Bonifacio, Cavite, and Davao.

CPI welcomes AFPGEN as a new member of the GENiiSYS Users Circle and looks forward to working closely with them to successfully implement GENiiSYS.

AFP General Insurance Corporation is a private corporation which is a wholly owned subsidiary of the AFPMBAI (Armed Forces and Police-Mutual Benefit Association, Inc). In its 36-year history, AFPGEN prides itself in having responded to the non-life insurance needs of the uniformed services. In recognition of its distinct identity from its parent, the company’s name, AFPMBAI-GIC, was shortened to AFP General Insurance Corporation (AFPGIC). The Securities and Exchange Commission (SEC) approved this change of name on July 8, 1986. AFPGIC is more popularly known in the industry as AFPGEN. On November 20, 2002, the Insurance Commission issued a certification lifting AFPGEN’s limited authority to engage in non-life insurance business within the military and the police. Presently, AFPGEN’s authority to engage in non-life business now extends to include the private sector.

Computer Professionals, Inc. is an IT services and solutions company with a 27-year track record of serving the insurance industry as well as multiple industries here and abroad. CPI is the developer of GENiiSYS, a comprehensive general insurance application that is currently the market leader for integrated general insurance software in the Philippines. CPI also markets eLIFE, to support the operations of life insurance companies with a fully-integrated, web-based application. CPI strives to be a world-class provider of IT expertise as well as to be a leader in delivering IT solutions and services to the global market.